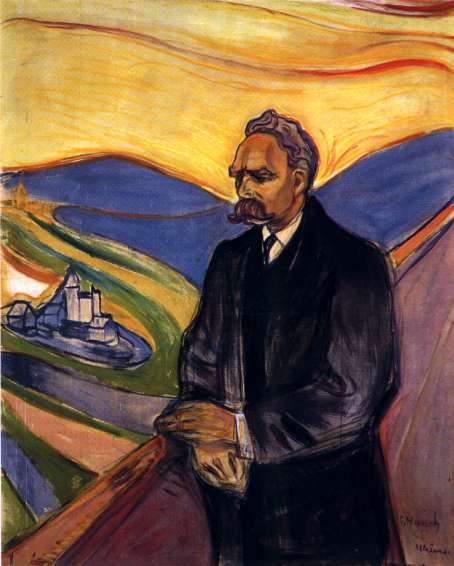 It is difficult to teach literature to college students these days. Too many students are entrenched in a relativist worldview that allows them to affirm or dismiss literature based solely on the taste of the reader. Responses such as, “I don’t like Shakespeare. It’s too hard to read,”  or “Chaucer bores me,” are common. Worse yet, more and more often comes the objection, “Alfred Lord Tennyson’s Idylls of the King is chauvinistic,” or “T.S. Eliot was anti-Semitic.” The personal attack has become the norm in academia. It’s not about the writing; it’s about the writer. Reading, hand-in-hand with writing, is becoming a lost art.

Nietzsche warned about the deterioration of letters we are now witnessing. In the section On Reading and Writing in his infamous Thus Spake Zarathustra (where he boldly pronounces the death of God), Nietzsche makes a prediction:

“He who knoweth the reader, doeth nothing more for the reader. Another century of readers—and spirit itself will stink. Everyone being allowed to learn to read, ruineth in the long run not only writing but also thinking. Once spirit was God, then it became man, and now it even becometh populace.”

Nietzsche’s writing was revelatory about the twentieth century. But he was often off-target as to the reasons why. People learning to read and write is not what is ruining writing and thinking. The problem is that students are being taught to shun Western tradition.

I often argue with colleagues about the current lack of a literary canon, American or otherwise. When university English faculty teach the literature they choose, even in core classes, prospective employers have no idea what the graduates have been taught. Unbounded from a dynamic literary cannon that continues to evolve based on literary excellence, activist professors with political agendas are churning out activist graduates rather than mature citizens who understand where they have come from and where they are headed.

The National Association of Scholars’ annual Beach Books survey concludes that “College common reading committees overwhelmingly select a narrow range of books: politically progressive, designed to promote activism, confined to American authors, literarily mediocre, juvenile, recent, and mostly nonfiction.” Is there any wonder our culture is suffering from an insufferable shallowness and a pronounced lack of virtue? Shame on those who promote and allow the practice of literary relativism. When we fail to expose students to the great literary tradition of the West, we also fail to do our duty in carrying the tradition of excellence forward. If students aren’t able to recognize great literature, how will they ever be able to write it?

I do my best to convey to students that reading the best in literature is akin to praying. As an unapologetic fan of T.S. Eliot, I have been immersed in verse that leads to religious contemplation. “Ash Wednesday” is one of my favorites. Published in 1930, it was Eliot’s first long poem since his conversion to Anglicanism in 1927. It is infused with Biblical allusions and references throughout the Hail Mary. The poem’s resonance leads the reader into a mysterious reverence that is melancholy and hopeful at once. Don’t take my word for it. I urge you to read or re-read it for yourself. And then pass it along to anyone who might be interested. Private citizens need to take things into our own hands and promote and distribute excellence and literature. We simply can’t count on universities anymore.

As I have pointed out elsewhere, “Artistic vision, Flannery O’Connor insists, takes place in a space where ‘The writer’s moral sense must coincide with his dramatic sense.’ Moral sense and dramatic sense imply reason. When a concept or idea is ‘senseless’ it makes no sense because it lacks reason. For St. Thomas, art is ‘reason in the making,’ and the artist must employ reason in the pursuit of beauty if they wish to avoid wandering around blindly in the hopes of stumbling onto it.” Literature departments are wandering around blindly. Failing that, let’s build a new castle together where reason reigns so the imagination can flourish.